The long-simmering feud between the city and a Grant City pub which has bucked government-imposed coronavirus (COVID-19) restrictions reignited this week, this time in federal court.

Daniel Presti, the manager of Mac’s Public House, and Louis Gelormino, one of his lawyers, have sued the city, the mayor and the city sheriff’s office, alleging they were wrongfully detained inside the tavern and issued summonses Dec. 1.

Presti also contends city Sheriff Joseph Fucito defamed him in statements he made to the media after Presti’s confrontation with sheriff’s deputies in the early morning hours of Dec. 6.

Earlier this year, Presti was cleared of criminal charges stemming from the latter incident.

The suit, in Brooklyn federal court, follows a notice of claim Presti filed with the city comptroller in February, announcing his intention to sue to the city.

“Louis Gelormino — a highly regard lawyer — and Danny Presti — his client — committed no crimes, yet they were arrested in what is a clear abuse of power by the city,” said their attorney John G. Balestriere. “They look forward to obtaining justice in the courts.”

Last fall, Mac’s became a flashpoint in protesting coronavirus (COVID-19) restrictions. Rallies, drawing large and vocal crowds, were held outside of it.

Mac’s has been hit with dozens of summonses and thousands of dollars in fines for allegedly flouting COVID-19 restrictions.

In posted signs, the bar declared itself an Autonomous Zone as of Nov. 20, stating it wouldn’t abide by any rules and regulations issued by the governor or mayor.

However, the plaintiffs’ civil complaint makes no mention of the coronavirus.

At the time of the Dec. 1 incident, Mac’s was in a designated “Orange Zone.” Under coronavirus restrictions, indoor dining was not permitted in Orange Zone establishments.

Gelormino began recording their actions, and sheriff’s deputies refused to let him leave when he asked to, alleges the complaint.

Despite providing his ID, Gelormino was detained for 90 minutes, the complaint contends.

A large crowd gathered outside, many of whom knew the attorney professionally and personally.

His being held inside for so long “embarrassed” the lawyer in front of those people and caused him “mental harm,” the complaint alleges.

Presti was also cited for violating the health law and local state of emergency, selling alcohol without a license and other infractions.

However, the summonses were tossed out just after Christmas.

Afterward, a spokesman for the state Office of Court Administration said the citations had been mistakenly thrown out due to a clerical error within Manhattan Criminal Court.

The sheriff’s office re-served the summonses in April. They are currently pending in Criminal Court.

Reinstating the summonses “is unusual and suggests singling out of plaintiffs,” alleges the complaint.

Matters between Presti and authorities came to head during the early morning hours of Dec. 6.

Presti left the bar on Lincoln Avenue around 12:15 a.m. Sheriff’s deputies approached him to arrest him for defying city and state orders, officials said.

Fucito, the city sheriff, has insisted the deputies identified themselves as police and ordered Presti to stop.

Presti, however, maintains they never did.

Presti said the men who approached him were dressed in black. He worried they might be the same individuals who had caused a disturbance outside the pub two days earlier, said the complaint.

Presti ran to his Jeep around the corner on South Railroad Avenue. One of the men chasing him jumped on the vehicle’s hood, said the complaint.
“Presti, fearing for his safety and believing that these two men were planning to cause him harm drove away,” the complaint said.
According to Advance/SILive.com reports, a video previously released by Presti’s lawyers showed the deputy being knocked onto the hood of Presti’s Jeep.

Deputies followed him in an unmarked car and rammed Presti, forcing him to stop, said the complaint.

Afterward, Presti was arrested on various charges, including felony counts of assault and reckless endangerment, as well as misdemeanor counts of resisting arrest, unlawfully fleeing a police officer and obstructing governmental administration.

However, in January, a grand jury declined to indict Presti on those charges.

The civil complaint alleges Fucito, the sheriff, defamed Presti by telling the media Presti “broke a deputy’s legs” when he drove away.

“Fucito injured Presti in his profession — causing a loss of business and support in public opinion — by charging plaintiff with the serious crime of breaking or fracturing a police officer’s legs,” alleges the civil complaint. “Presti was not responsible for any of these injuries, assuming they even occurred at all.”

Fucito responded Friday in an email to a reporter.

“As stated many times previously, the sheriff stands strongly and confidently behind the actions of the deputies concerning Mac’s Pub,” he said. “Since the civil litigation process has begun, our policy is not to comment further on the matter.”

“The city took legal action to protect the public health during a pandemic,” said a Law Department spokesman. “We’ll review his claims.”

Meanwhile, Mac’s Public House is battling the city on another front.

Pending is the judge’s ruling on the constitutionality of the governor’s executive orders and the city’s application to shutter the bar as a public nuisance.

On Friday, Fonte, one of the pub’s attorneys, said the parties “are in serious settlement negotiations.”

This article was written by Frank Donnelly, and originally posted on Silive.com 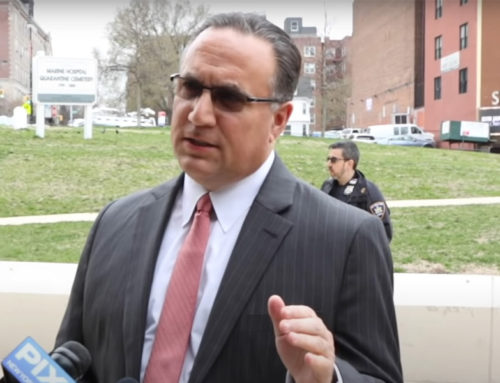 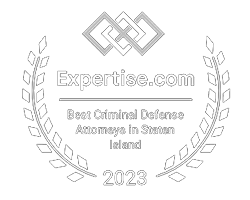